The NCAA Championship is up for grabs. Who finishes on top? The NBA rookies have taken the floor, but what lies in store for the up and coming College players?

College Basketball is back in action. Players are coming from all around the world, for a shot at the NCAA Championship. Freshmen stars, Cole Anthony and James Wiseman lead the way for the University of North Carolina and Memphis. Players like Cassius Winston are returning for another chance at the NCAA Championship. The 2019-2020 Championship is up for grabs. With players like Zion Williamson, RJ Barrett, and Coby White out of the picture, anybody could wind up on top. Michigan is currently at the top of the rankings, with Kentucky right on their tail. 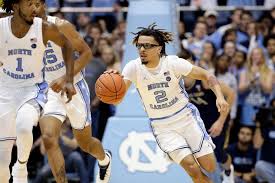 International players have taken over the college scene, with the number of foreign-born athletes being higher than ever. Last season, the number sat at a comfortable, 268 players. The Balkan Country of Serbia had the most athletes, providing a grand total of 39 players, by far the most. With basketball being a world-wide sport, America has proven its ability to provide world-class athletes. Tyrese Maxey, a freshman, who in the opening game of the season drilled a 3-Pointer to ice the game in the Garden. John Calipari has nothing but great things to say about the Kentucky freshman. "I love Tyrese's basketball savvy" says the World famous coach. "He has an elite ability to score the ball, yet he creates shots for his teammates, he defends and he rebounds. In all the times i've watched him play, rarely does he make the wrong play. He may not make every shot, but he almost always makes the right play." Strong words from one the NCAA's best coaches. 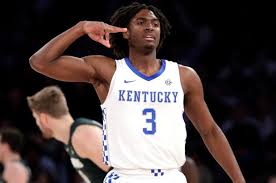 Basketball is being played at its highest level, and it is being given social media like never before. Basketball season is here, and all we can do is enjoy it.

Rebel Report Fall 2020: Behind The Scenes

Who is the team to beat in the Eastern Conference?

February 20, 2020, 10:22 PM The significance of Denny Hamlin's victory in Daytona quickly faded as concern over Ryan Newman's condition grew in the aftermath of a scary crash on the last lap of the race.
Most popular